Advertising spend in the UK grew at its fastest rate for three years in the second quarter of this year.
Figures released by the Advertising Association/Warc show adspend increased by 8.5 per cent year on year to reach £4.5 billion for the second quarter of 2014.
Across the first half of 2014, total UK adspend rose by 6.3 per cent year on year. This has led to a 0.4 per cent upward revision for the full year forecast to 6.4 per cent for 2014, but a 0.2 per cent downward revision to 6.5 per cent for 2015.
OOH spend is expected to rise by 3.4 per cent by the end of the year, while 2015 is predicted to increase by 5.5 per cent. 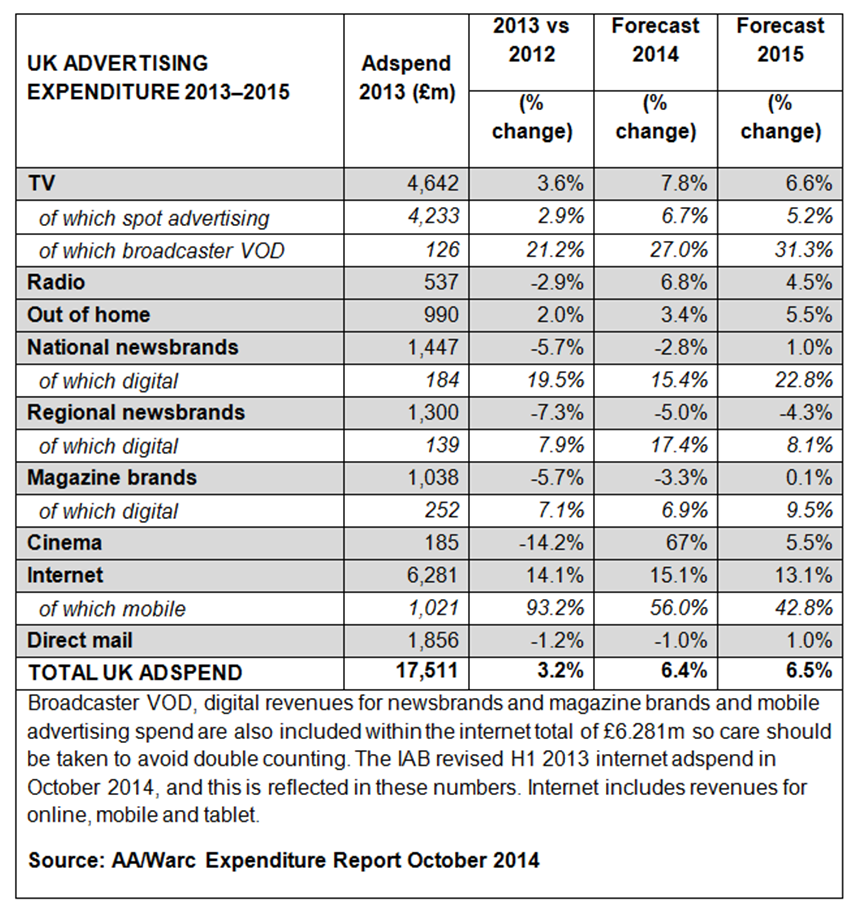 Tim Lefroy, chief executive at the AA, said: “Growth at twice the rate of UK GDP is quite a headline, but the real story is of digital and creative leadership in e-commerce.
“As the Eurozone wobbles, it’s a reminder that our consumer economy is central to the UK’s economic narrative.”
Via: Campaign