Dating app Hinge‘s new out-of-home campaign in New York City is deceptively simple. There’s more going on than initially meets the eye—including data mining behind the scenes, copywriting that cleverly embodies the brand promise, and contextual placement that should bring a smile to those who encounter the work.
Hinge differs from rivals like Tinder in one key way. It matches you with people who are friends of your friends in social media. This added closeness means, hopefully, that you’ll have more things in common and be able to make a real connection—amid an online dating scene notoriously awash in fakery.
The OOH ads, from Barton F. Graf, double down on this idea of real connections by introducing the tagline “Let’s be real” and telling stories inspired by real user responses to what Hinge calls “prompts”—questions the app asks its users to glean info about their likes, dislikes, quirks and general personality types.
The Barton team wrote the billboards based off these data insights, then added site-specific references to the copy that tie each ad to its location—referencing a bowling alley next to one of the ads, for example, or a brew pub near another.
The long-copy executions embody Hinge’s brand message in another way, too. They take a little while to read, and thus stand in stark contrast to the lightning speed of everything online. “They really reflect our ethos,” says Hinge founder Justin McLeod. “If you slow down and put in a bit of extra effort, there can be huge rewards.”
In its data-driven approach to OOH, the campaign is also a bit reminiscent of what Spotify has been doing on its own billboards—scraping user data to inform the copywriting, which should help forge a closer connection to the type of person who might use the service. 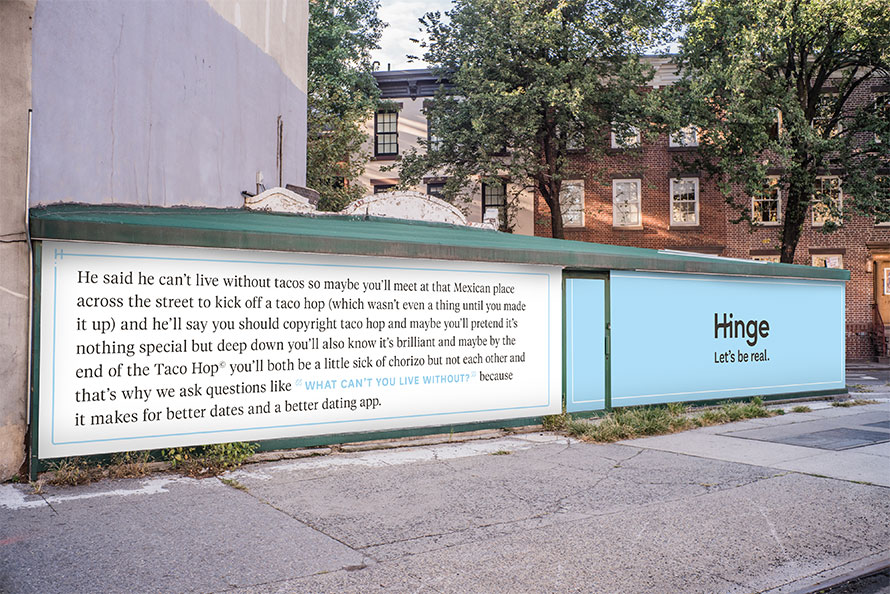 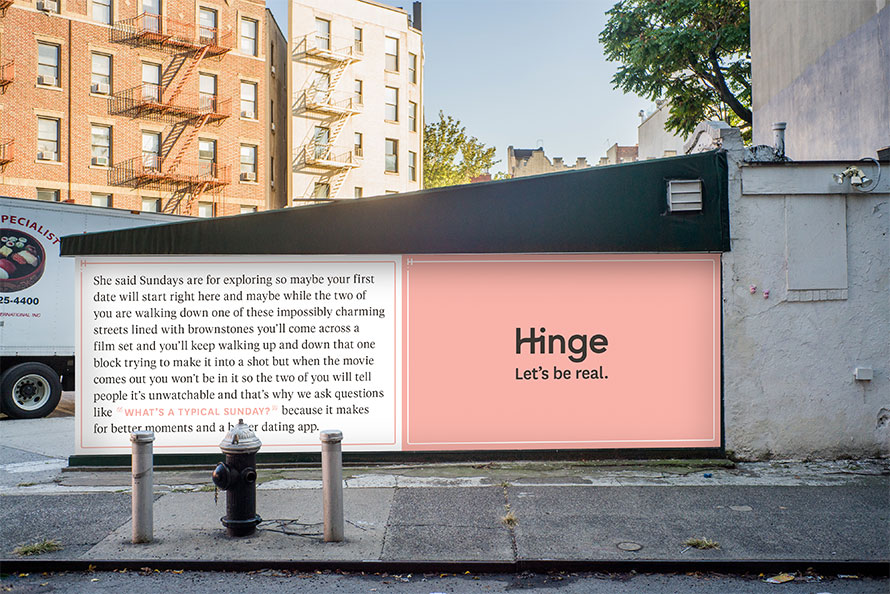 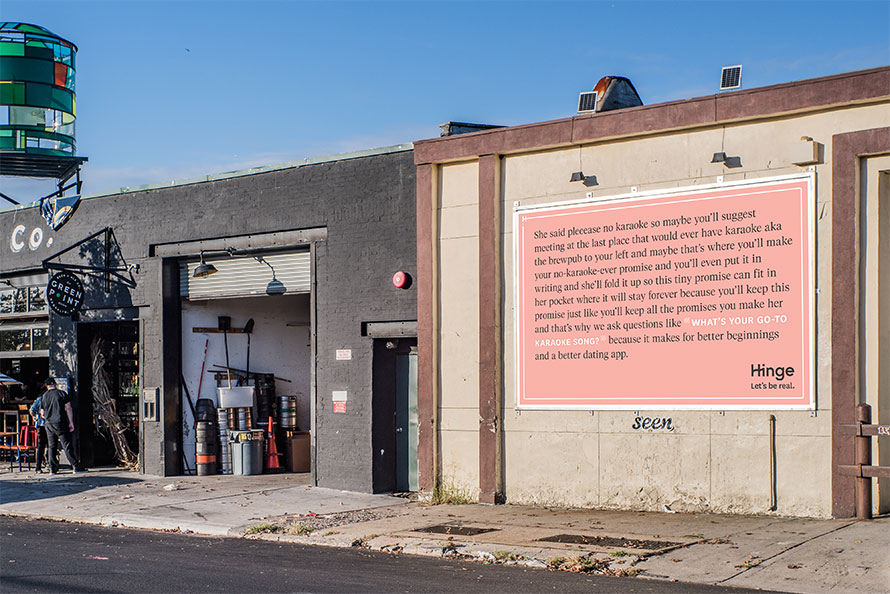